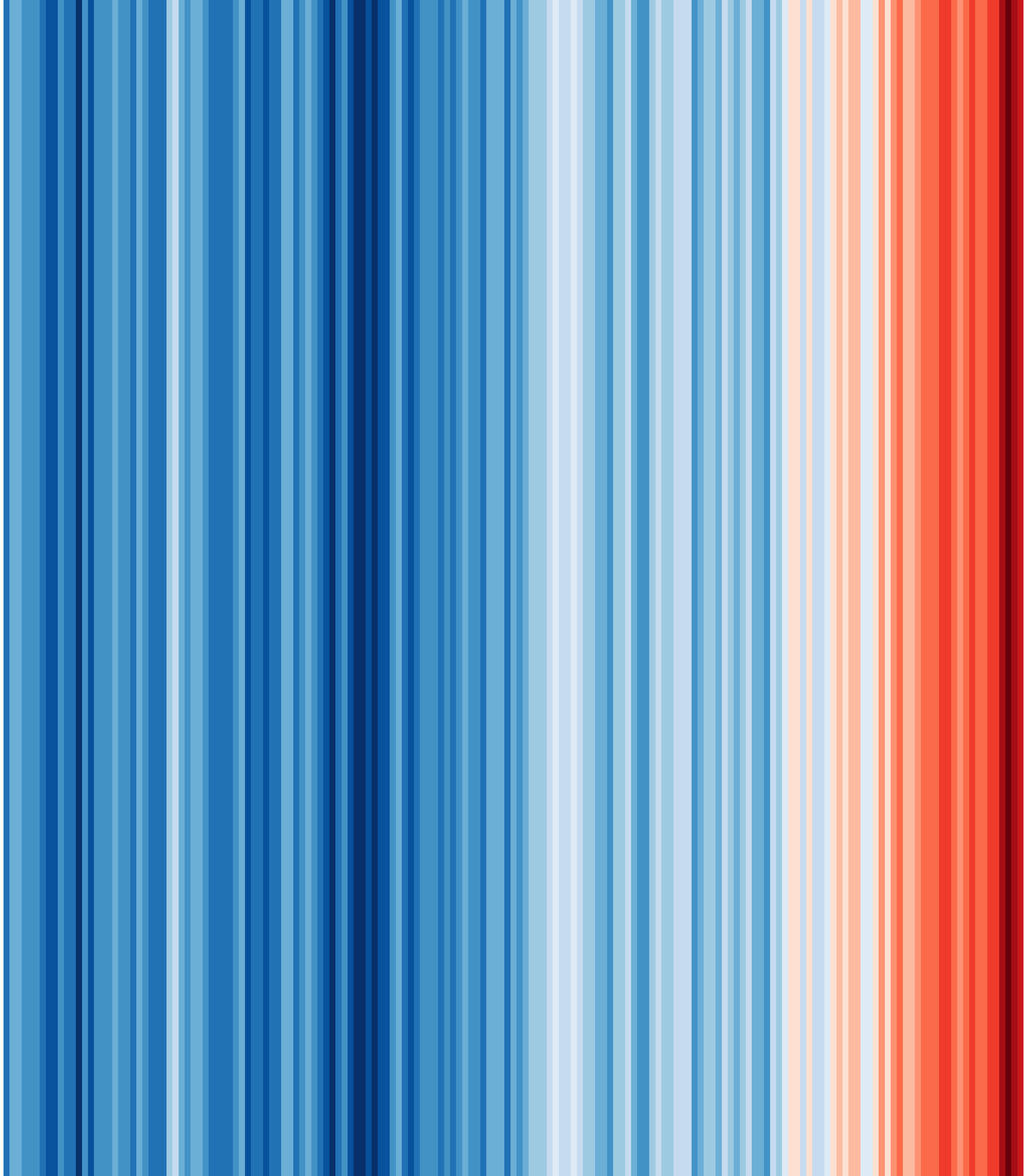 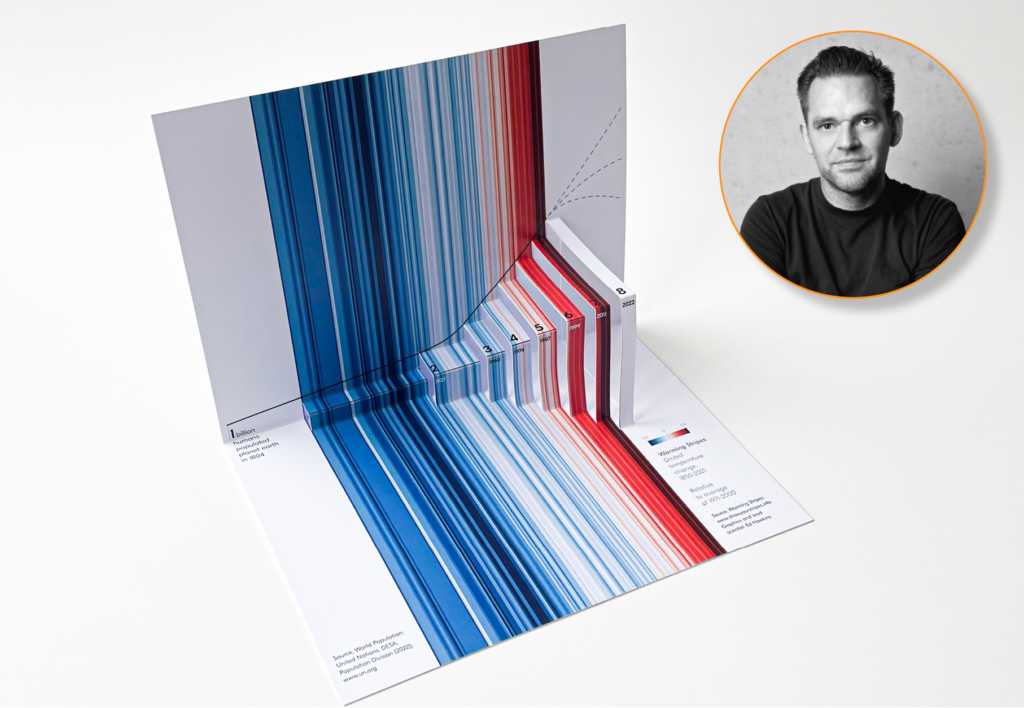 Same procedure as every year: CROWDCONSULTANTS says thank you and happy new year to its clients, candidates, followers, suppliers and staff with a limited edition of an art multiple. This year, the New Work pioneers collaborated with Jan Schwochow, one of the world’s leading information designers and winner of the 2022 German Reporter Award in the category data journalism. He created an infographic addressing global temperature and population change to stipulate discussion about facts and not fakes on these topics.

Invitation to reflect on facts about global temperature and population change

“Since our foundation in 2016, our New Work approach of flexible remote digital co-working was grounded in the believe that B2B can be successful with a close to zero carbon footprint and the avoidance of resource wear and tear” said Damiano Albrecht, Co-founder and Managing Director of CROWDCONSULTANTS. “This ambition is continuously, and sometimes controversially, discussed in our team meetings and we are keen to open this discussion to our communities.”

By addressing global temperature and population change, two of the most intensively discussed and documented themes of our times, in one Infographic, Jan Schwochow invites us to “dig deeper into an often very confrontational discussion about whether population change is a key driver of past, present, and future climate change and even if so, a link that shouldn’t be thought of at all.” “I want viewers to get curious and not furious, to dig deeper instead of phrasing or discarding the most obvious.” CROWDCONSULTANTS have therefore created a forum to do so on LinkedIn (<LINK>) and with https://www.crowdconsultants.com/globaltemperatureandpopulationchange/

CROWDCONSULTANTS is a pioneer in New Work and a leader in high-end staffing solutions, leveraging consistent digitalization, sharing economy principles and crowdsourcing of intergenerational teams. The company has received multiple awards for trailblazing New Work principles and demonstrating the advantages of self-determined remote working. This guarantees a high level of professionalism, efficiency and sustainability as well as regular 5-star ratings by enthusiastic employees and happy clients such as ALDI, European Space Agency, EUMETSAT, Knauf, SGL Carbon, STADA, Vetropack, Wittur and numerous start-ups.

More about the company at www.crowdconsultants.com

JAN SCHWOCHOW is one of the world’s leading infographic artists or information designers who has evolved and popularized this discipline for more than 30 years. He and his teams have been awarded numerous prestigious prizes including German Design Award, European Design Award, Art Directors Club Awards and most recently, the German Reporter Award 2022 in the category of data journalism. Jan considers himself a multidisciplinary artist, designer, info-graphist and journalist. After graduating in design from the Hamburg University of Applied Sciences in Germany, he learned his journalistic trade at Germany’s renown weekly “stern” magazine, where he later became Art Director and Head of the Infographics Department. 2007 he founded Golden Section Graphics in Berlin, Germany, which grew into one of the world’s largest infographics agencies for print, web and TV. His latest venture, Scrollytelling GmbH, is dedicated to multimedia-& web-based storytelling (www.five-times.com). He has also published a dozen internationally recognized books on infographics including the bestsellers “The World Explained”, “The Global Economy As You Have Never Seen It” and “Understanding the Wall”. 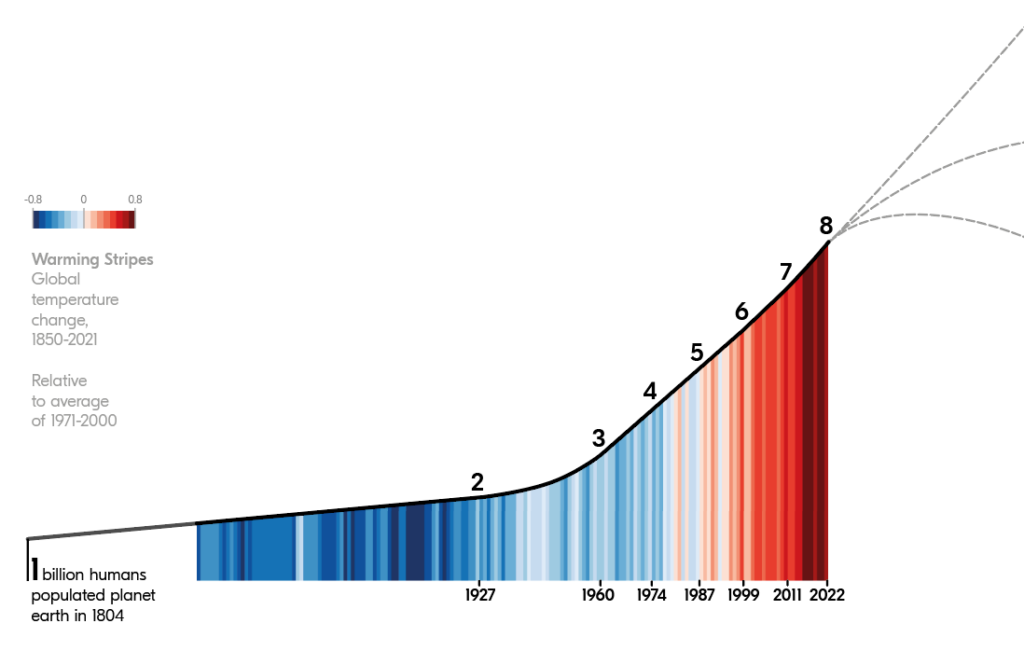 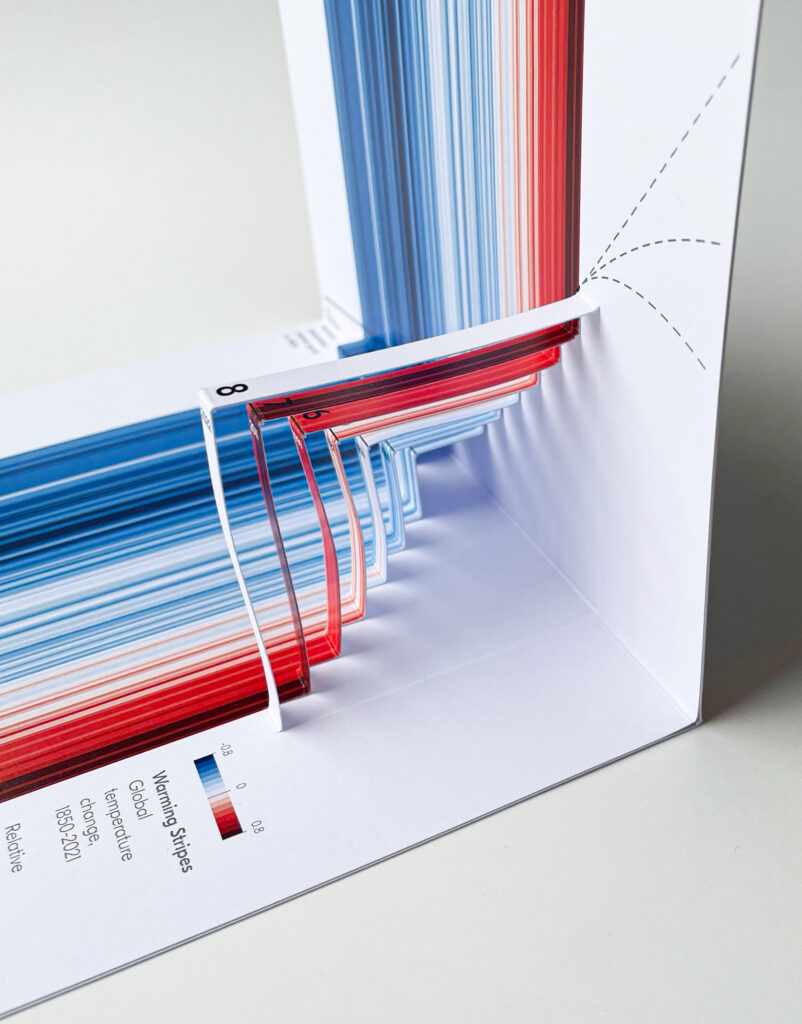 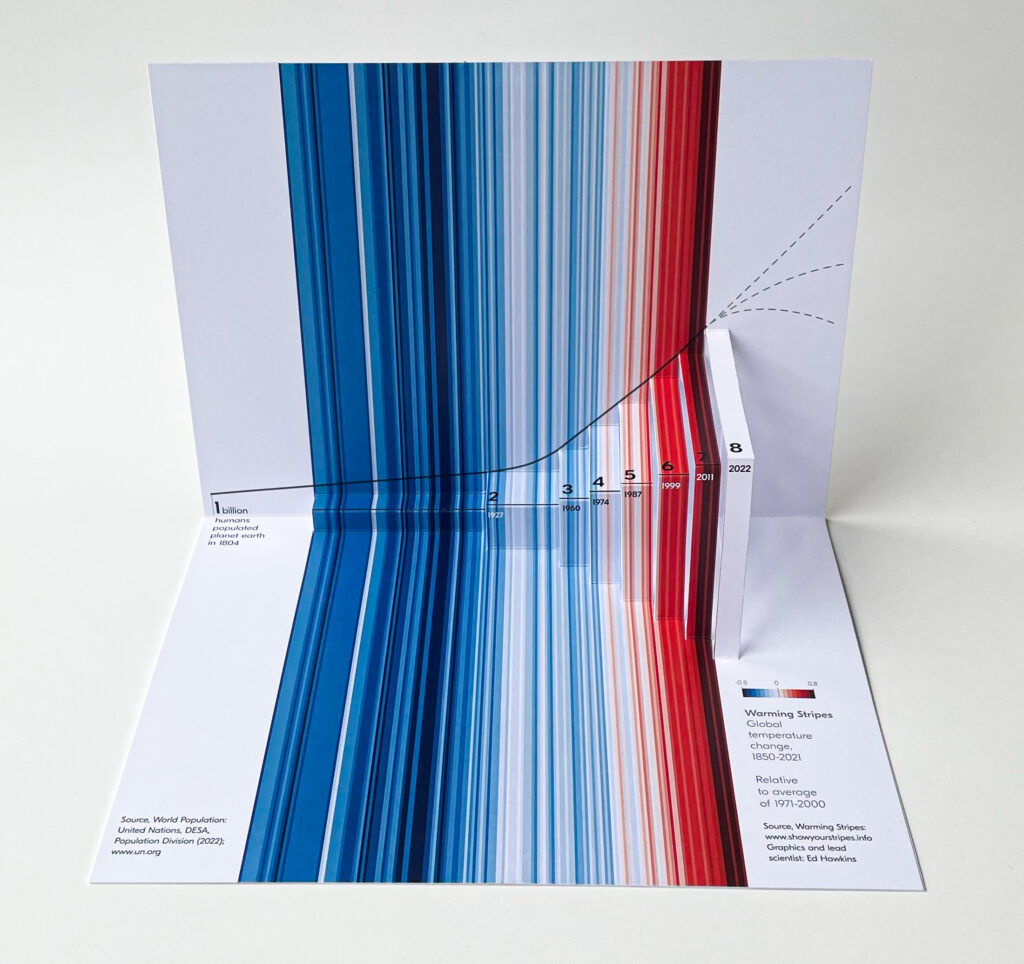